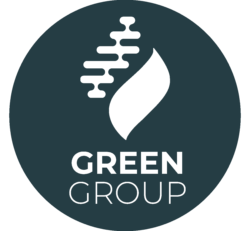 Legume Technology, the British inoculant and crop biostimulant pioneer, has announced a link-up with the Spanish agri-biotech specialist Green Universe Agriculture in a bid to meet the growing demand for novel, sustainable inputs.

Described as an ‘alliance of equals’, the new partnership sees the two companies retain their independence while sharing knowledge and a strategic vision: to help farmers around the world increase agricultural productivity, while adapting to climate change and improving resource-use efficiency.

“Since Legume Technology was launched more than 20 years ago, our research-led ambition has been to expand understanding of soil and root microbes in everyday, large-scale agriculture, and identify routes for more widespread adoption.

“By striking this alliance with Green Universe, we can leverage the differences in the two companies’ approach to biotechnology. We can ‘turbocharge’ the development and roll-out of a new generation of agricultural bio-products, reducing our currently unsustainable overreliance on other planetary resources while cutting costs for growers by helping them reduce inputs such as artificial nitrogen.”

As an example, Dr Knight cites how Legume Technology’s products are currently seed-applied, in contrast to the crop-applied approach of Green Universe. Moreover, rather than the Legume Technology focus on crop/bacteria interactions, Green Universe products often exploit the effects of the secondary metabolites produced by bacteria – substances that can act as biofertilisers or biostimulants or even bio-protectors, removing the threat to crops’ yield potential posed by environmental stresses such as temperature, pH or UV radiation.

“This is a strengthening of the two companies’ portfolios,” says Ignacio Horche, the founder of Green Universe. “Together, we are more than the sum of our parts. The alliance will create new and exciting products, high-tech solutions that focus on maximising yield using micro-organisms.

“Crucially, the alliance allows us to expand the benefits of micro-organisms to more crop types. With a combined customer base reaching 50 markets around the world, there’s never been a better time to pool our expertise and use our contrasting approaches to transfer knowledge between different crops, sectors and markets.”

The alliance between the two companies will be known as the Green Group, acting as a vehicle for future acquisitions as opportunities arise. Legume Technology and Green Universe will each retain their current operating locations – Legume Technology in Nottingham, UK; Green Universe in Madrid, Spain – allowing a shared approach to product knowledge and technical support to emerge, to serve the interests and needs of distributors and end-users more efficiently.